Following the toppling of Saddam Hussein's regime in Iraq, 2003 it has been reported that an SAS Squadron has been assigned to a joint US/UK group of Special Operations units operating in the country, known previously as Task Force 145 (TF-145).

Elements of the 160th Special Operations Aviation Regiment (SOAR), US 24th Special Tactics Squadron, aircraft from the UK's 7 and 47 RAF Squadrons, along with a RAF Puma flight, provide specialised air support for TF-88. American military intelligence operatives alongside the UK's Joint Support Group, elements of MI6 and the SRR are believed to be attached to the Task Force to provide intelligence support. 18 UKSF Signals and their US equivalents (Task Force Orange) provide signals intelligence (SIGINT) capabilties to the task force.

The primary role of TF-88 is to hunt down senior members of Al-Qaeda operating in Iraq. To this end, the Task Force has had several successes including the killing of Al-Zarqawi. In response to a spate of kidnappings involving Westerners, TF-88's remit expanded to include countering this threat.

TF-Black is based in headquarters known as 'the Station', within Baghdad's green zone.

**update ** it is believed that the SAS is no longer operating in Iraq has been redeployed to Afghanistan.

As with its other commitments such as counter-terrorism and training, the SAS rotates a squadron into Task Force Black on a 6-monthly basis.

Based in the Baghdad area, TF Black (which was supported by Parachute Regiment members of the Special Forces Support Group)[16] is based around a squadron of the British army's 22 Special Air Service Regiment, with integrated units from the Special Boat Service and US 1st SFOD-D (Delta Force). It has participated in operations in the Baghdad area when British or Canadian hostages are involved. Operation Marlborough in July 2005, when the SAS killed three insurgent would-be suicide bombers, was also carried out by this unit in the Iraqi capital.[17] Sergeant Jon Hollingsworth, killed in Iraq with the SAS, was decorated for his service in this unit.

Reportedly, TF Black has removed or killed 3,500 insurgents from the streets of Baghdad.[18] With the removal of these insurgents, the number of bombings has been reduced from 150 per month to about 2 per month.[18] In October 2004, all SAS personnel in Iraq including Task Force Black were banned from handing over suspects to the US forces if the suspects were going to be taken to a US interrogation center due to the fact of the bad reputation those centers were getting.[19] Another setback for the task force was during the Battle of Fallujah[disambiguation needed] when the SAS was banned from going into the city alongside its American counterpart because of the pressure that the government was feeling from the unpopularity of the war.[19] 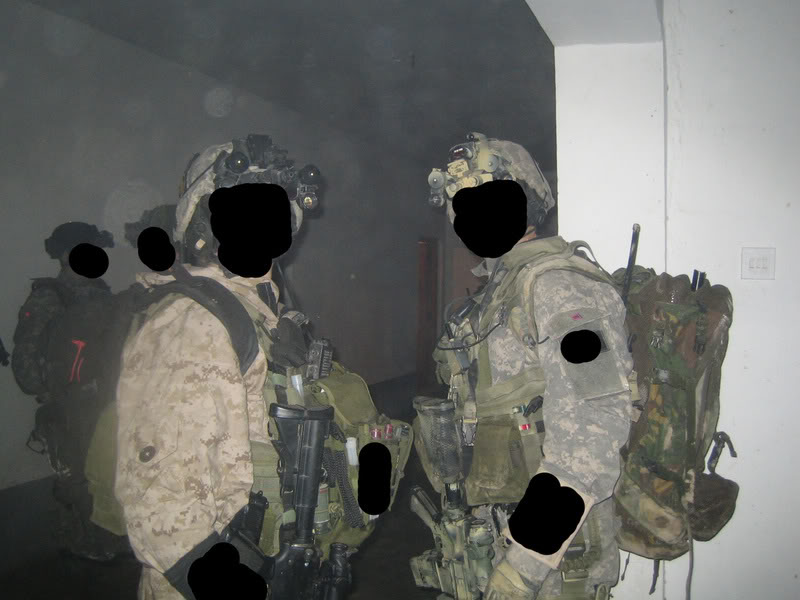